To share your memory on the wall of Patricia Reeves, sign in using one of the following options:

Patricia attended Colman Elementary School and went on to the historic Jean Baptiste Point DuSable High School. After graduating in January 1957, Patricia started working for the RR Donnelley Company where she met some of her best, lifelong friends. She really enjoyed and always spoke fondly of learning and earning in her young career.

Introduced by a friend of her sister, she fell in love and married her husband Michael Stanley Reeves on June 27th 1959. Although her husband known as “Mickey” Reeves graduated from DuSable three year prior, they had not met in high school. Off on a football scholarship at Iowa state University, it was not until 1959 after returning from Ames, IA they were introduced by Mickey’s friend, John Hawes who was dating Patricia’s sister Connie.

Patricia and Michael were baptized on the same day, June 25th 1959, two days before their wedding and became active members of the Church of Christ.

After Michael was enlisted into the Army at Fort Hood. Texas. The newlyweds spent the next year near Killeen, Texas. Upon finishing his military service, they returned to Chicago to start their family. In 1960 the couple experienced agony by the death of their first child who was still born at full term. Patricia even in her elderly years lamented on the pain of the loss; but always followed by describing the joy and ecstasy of having a healthy boy, Michael Dennis on December 10th 1961. The family was blessed again with a beautiful daughter, Michelle Ann born September 3rd 1966.

Patricia became homemaker and mother extraordinaire… volunteering, serving, and pushing for excellence. She helped to propel her husband’s career and her children’s success in school and life. Definitely, the tool belt wearer in the family, she was heavily involved in the PTA at Horace Mann Elementary and the Parents Council at Lake Forest Academy.

One of her greatest joys was being a consummate grandmother to her three grandchildren Dominic Anthony Twine (deceased), Daily Michelle Reeves Twine, and Dale River Twine.

Pasty, as her brother John called her, was very talented, expressing her artistic persona through interior design, sewing, and modeling. She was a Cleo Johnson Model and was a perennial model in the AB&I Fashion Extravaganza in the late nineties. She had a passion for designing and making clothes. In her high school senior yearbook, she was featured on the Models Show Simplicity’s Best page in the lower center with the caption “An outfit suitable for school or a coke date” worn by model Patricia Board. She was also in the Dance Club and the White-Collar Club and a Library Assistant at DuSable. Combining her love of dance and modeling, Pat was an avid roller skater. She overcame challenges in life with a resolve to do things her way.

As a beacon of love, she will be missed by her husband, children, grandchildren, nieces, nephews, cousins and friends.
Read Less

To send flowers to the family or plant a tree in memory of Patricia Reeves, please visit our Heartfelt Sympathies Store.

Receive notifications about information and event scheduling for Patricia

We encourage you to share your most beloved memories of Patricia here, so that the family and other loved ones can always see it. You can upload cherished photographs, or share your favorite stories, and can even comment on those shared by others.

Ga CCIM Board of Directors and Your friends at Adams Realtors sent flowers to the family of Patricia Reeves.
Show you care by sending flowers

5 trees were planted in the memory of Patricia Reeves

Ga CCIM Board of Directors

Posted May 02, 2021 at 05:45pm
Please accept our most heartfelt sympathies for your loss... Our thoughts are with you and your family during this difficult time.

Ga CCIM Board of Directors purchased flowers and planted a memorial tree for the family of Patricia Reeves. Send Flowers 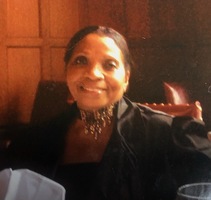