To share your memory on the wall of Richard Crusor, sign in using one of the following options:

Print
Richard G. Crusor, Sr. was born to the union of Paul Bashon Crusor and Erdell Emmons Crusor on May 3, 1929. Of that union were born his siblings Paul (Alice) Crusor, Don Juan Crusor, June (Wendell) Campbell and Jack (Sondra) Crusor.

Richard attended Copernicus and Holy Name of Mary Elementary Schools. He was baptized in the Catholic faith when he was 13. He then attended boarding school at Bordertown Boarding School in Bordertown, New Jersey for his high school education. After leaving high school, he enlisted in the U.S Army and honorably served his country during the Korean War from 1950 to 1953.

Richard married the love of his life, his peaches, Maybelle Gough, On August 22, 1953. Of that union were born his children, Richard, Jr. (Joan), William (Sharon), Anthony and Carmen.

Shortly after his marriage to Maybelle, they moved to Denver, Colorado where he sought a career at Hughes Aircraft. They then moved to Los Angeles, California where he worked at North American Aircraft. The couple remained there until 1957 when the recession phased out his job. They moved back to Chicago, Illinois. Richard then obtained employment at the United States Post Office. He worked there until his retirement in 1994.

Richard loved life. He was a loyal, devoted husband and father. He placed a premium on excelling in education. He would often remind his children that you don't deserve to do less than your best. He was a music aficionado and professional organist. He spent his leisure time studying various forms of martial arts and archery. There was no math problem he couldn't solve. He was also an electronic wizard. Before televisions became popular in the 1950's, he assembled the electronic components from Stromberg and Carlson and built his own television set. He then constructed his own 30-foot antenna and affixed it to his parent's home in Princeton Park on the southside of Chicago. The antenna became a directional beacon that many people knew that was on 94th and Wentworth in Chicago by viewing the antenna. Needless to say his parents had the best television reception in the entire area.

To send flowers to the family or plant a tree in memory of Richard Crusor, please visit our Heartfelt Sympathies Store.

Receive notifications about information and event scheduling for Richard

We encourage you to share your most beloved memories of Richard here, so that the family and other loved ones can always see it. You can upload cherished photographs, or share your favorite stories, and can even comment on those shared by others. 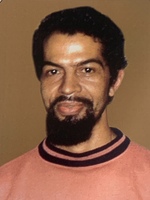