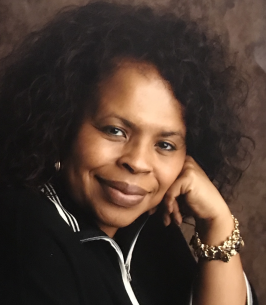 Mary Katherine Freeman was born on June 19, 1954 to Joseph and Harriett Freeman in Chicago, Illinois. Mary was the firstborn, a healthy, happy, brown baby girl, who was named after her maternal grandmother and great-grandmother.

The story begins with Harriett and Joseph, who first met in the hallways of Steven A. Douglas Elementary School in the Bronzeville neighborhood on the south side of Chicago. While Mary's mother was attending Lindblom Technical High School and after her father's high school graduation from Paul Lawrence Dunbar Trade School, Joseph was drafted into the United States Army and sent overseas to fight in the Korean Conflict. Joseph and Harriett's courtship continued and included letters and pictures while they were apart.

Mary's journey continued where she lived in several Chicago neighborhoods. Mary would reminisce about the stories she remembered and heard about the family drives around the city, especially down King Drive, previously South Park, where Daddy would point up to that attic apartment and tell stories about living at "5922". Mary recounted how she repeatedly heard about how Daddy climbing up all those stairs to our attic apartment, usually with Mary in his arms, while she was growing and getting heavier, along with bags of groceries. Mary remembered hearing from Mommy on how Daddy would walk around the "cocktail table" wearing down her good second hand rug. This apparently was necessary because Mary was reported to be a crying, colicky, and highly spoiled as a "Daddy's girl". The family grew to include her brothers, Joseph James, Jr. "Butch" and David Earl, and sister, Davilyn Elexis.

Shortly after graduating from the Wisconsin-Whitewater with a degree in Special Education, Mary began her career with the Chicago Public Schools in January, 1976. Mary's vast and diverse career included many years teaching special education at several elementary schools, Central Office Coordinator and Office of Diverse Learner Supports positions and Network Administrative roles. Regardless of the positions held, Mary never lost sight of the primary mission of educating students and providing parents and school administrators with the tools and resources needed to succeed. While being employed by Chicago Public Schools, Mary also worked many years for the Chicago City Colleges and the Cook County Department of Corrections, teaching teenagers and young adults, via the evening General Educational Development programs. Mary retired in July, 2010, following thirty-four successful years with the Chicago Public Schools.

Mary departed this life on February 13, 2022, to be reunited with many family members and friends. Her parents, Joseph James Freeman, Sr. and Harriett Freeman preceded her in death.