To share your memory on the wall of Lance Bradford, sign in using one of the following options:

Print
Lance Bradford was born on January 14, 1979 to proud parents Arthur and Mattie Bradford in Chicago, Illinois. His birth was a memorable one in that Chicago was in the midst of the now historical, “1979 Chicago Blizzard.”

He accepted ... Read More
Lance Bradford was born on January 14, 1979 to proud parents Arthur and Mattie Bradford in Chicago, Illinois. His birth was a memorable one in that Chicago was in the midst of the now historical, “1979 Chicago Blizzard.”

Lance attended and graduated from Robert A. Black Magnet School and Hyde Park Career Academy High School. He was employed as a Security Guard for Titan Security for 14 years.

Lance was very independent. He loved his parents dearly and never wanted them to worry about him. He enjoyed spending time with his family and friends. He always had a big smile and hug for his aunts and uncle. Lance was considered a, ‘little brother,’ to his older cousins, and a, ‘big brother,’ to his younger cousins. To his close friends, he was known for his humor, uniqueness, and being the epitome of a true friend. He enjoyed old school Hip-Hop music, designer urban wear clothing, fine cologne, and Air Jordans.

Lance departed this life on Monday May 17, 2021. He is survived by his loving and devoted parents: Arthur and Mattie; one great aunt: Alice Patterson from Alabama; 5 aunts: Nancy, Shirley Ann, Judy, and Lela; one uncle: Sammie; a host of supportive cousins; loyal friends including his earthly guardian angel, Tigee; and beloved, “Godchildren,”:Delvia, Braylon, and Janay.
Read Less

To send flowers to the family or plant a tree in memory of Lance M Bradford, please visit our Heartfelt Sympathies Store.

Receive notifications about information and event scheduling for Lance

We encourage you to share your most beloved memories of Lance here, so that the family and other loved ones can always see it. You can upload cherished photographs, or share your favorite stories, and can even comment on those shared by others.

Flowers were purchased for the family of Lance Bradford. Send Flowers 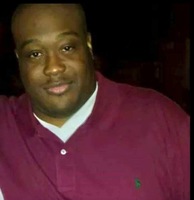 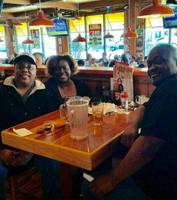