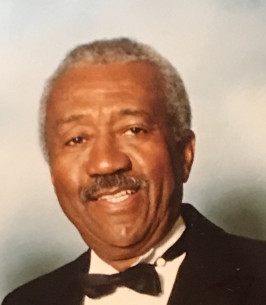 Joseph “Joe” Ebster died peacefully at his Chicago home on Wednesday, February 23, following a long illness. He was 93 years old. His parents, Joseph and Jessie Mae Ware Ebster, joined the early 1920s Great Migration to the north from Atlanta and nearby Decatur, GA. Pursuing their dreams, they fled to Chicago to seek greater opportunities for themselves and a more equitable environment in which to raise a family. Their five offspring were all born in the city. Joe was the couple’s second child and their oldest son.

Educated in Chicago’s public schools, Joe graduated from Willard elementary school, and attended Wendell Phillips High for two years. In his junior year, he transferred to Tilden Technical High School and it was from there that he graduated in January of 1947. Later that year, he enlisted in the U.S. Army, serving during the War in Korea, and was honorably discharged from the military in 1953 at the rank of Sargeant. He was also among the few African American men to be selected to attend Officers’ Training School. In January,1951, he married his sweetheart, Theresa Cropper, and together they raised three children. In the weeks before Joe’s death, they celebrated 71 years of marriage.

Following his military service, Joe applied and successfully completed the test for employment in the U.S. Post Office. He began as a mail clerk and over a 40-year career, advanced through the ranks, retiring in 1990 in the position of South Suburban District Manager.

Outside of work, Joe had many interests, among them stamp collecting, flower & vegetable gardening, downhill skiing, and politics. No winter was complete without several weekend trips to ski resorts in northern Wisconsin and Michigan, with some years including ski vacations in the Colorado mountains. Likewise, few of his Sundays passed without armchair debates with TV’s political pundits. But his love of travel took precedence over other interests. In the years following retirement, Joe and Theresa indulged their passion for travel, both domestic and international, taking trips across the U.S. and Canada, as well as other continents. They found travel to Africa especially fascinating and traveled that continent widely, including trips to South Africa, Zimbabwe, Botswana, Kenya, Ethiopia, Ghana, Senegal, and many other countries.

With Theresa he also enjoyed many of the amenities that Chicago has to offer: they were season ticket holders at the Goodman Theater; they held memberships and frequently attended exhibits and lectures at the Chicago Art Institute, the Field Museum, and the DuSable Museum of African American History. And they enjoyed exploring Chicago’s culinary landscape as well, especially fine dining at some of the city’s top tier restaurants.

It is impossible to count the number of lives touched by Joe Ebster’s unwavering positive attitude, counsel, mentorship, and indomitably kind spirit. He will be deeply missed.

Acknowledgements
The family of Joseph Ebster thanks you for your many expressions of sympathy and acts of kindness and consideration shown during their hour of bereavement. You will be personally acknowledged at a later date.
Special thanks to JourneyCare Hospice and Home Helpers of Northeastern Illinois.