To share your memory on the wall of Everett Johnson, sign in using one of the following options:

After Van finished high school, he headed off the University of Michigan on a track scholarship. Van graduated from the University of Michigan with a Bachelor of Science in Engineering – Industrial and Operations Research Engineering and began his professional career with the Ford Motor Company in Saline, Michigan. Van ultimately decided engineering wasn’t the career for him. He entered the police academy and joined the Chicago Police Department in 1977.

Personally, Van married Joanna (nee Turner) in 1985. Through this union Van gained sons Deon Thomas and Derron Heard. The marriage was dissolved in 1990. When Van’s brother Doug passed in 1987, he took on the father role for his nephew Ramón Douglas Johnson, II.

Meanwhile, Van excelled with the Chicago Police Department. He received an extraordinary number of awards, which included Department Commendations, Honorable Mentions, Complementary Letters, South Shore Chamber of Commerce Awards, and Police Officer of the Month Public Transportation Section. Van’s performance earned him a series of promotions. After serving as a Field Training Officer, he was promoted to Sergeant. While he was a Sergeant, Van obtained a Master of Business Administration – Information Management from Illinois Institute of Technology.

Van was later promoted to Lieutenant, 6th District Commander, and then Assistant Deputy Superintendent. Van ultimately reached the rank Deputy Chief, serving as Deputy Chief of Area 4 Patrol Division, Deputy Chief of Bureau of Investigative Services, and Acting Chief of Organized Crime. Van retired from the Chicago Police Department in 2008.
Retirement allowed Van to spend more time with his mother. And, although he was a very private person and self-proclaimed “hermit,” he enjoyed the time he spent with those he loved. He was full of stories from his days at the University of Michigan, on the job at Ford, with the Chicago Police Department, and on the road with his uncle Isaac Douglas Cheshier and good friend Frank Scruggs. He was a great story teller, and you never minded hearing his stories again and again.

Visitation will be Wednesday, January 6, 2021 from 2:00-7:00pm at Cage Memorial Chapel located at 7651 South Jeffery Boulevard, Chicago, Illinois 60649. Thursday, January 7, 2021 will start with a private family wake at 10:00am at Cage Memorial Chapel, followed by a St. Jude Service by the Chicago Police Department at 10:45am and a private family funeral service at 11:00am. Burial services will be Friday, January 8, 2021 with a processional leaving Filbrandt Family Funeral Home located at 1076 South Bailey Avenue, South Haven, Michigan 49090 at 1:00pm heading to Monk’s Cemetery in Geneva Township.
Read Less

To send flowers to the family or plant a tree in memory of Everett LaVan Johnson, please visit our Heartfelt Sympathies Store.

Receive notifications about information and event scheduling for Everett

We encourage you to share your most beloved memories of Everett here, so that the family and other loved ones can always see it. You can upload cherished photographs, or share your favorite stories, and can even comment on those shared by others.

Lori J. Washington, Kingsley & Francesca Johnson, and other have sent flowers to the family of Everett LaVan Johnson.
Show you care by sending flowers

Posted Jun 15, 2021 at 11:01pm
I would like to get in touch with Van's sons (my brothers). My email address is Markeandkyle@gmail.com or FB Marke Jurek. Please message me at your convenience. I'd like to know you. Any friend or family of Van's is welcome to get in touch. I only found out he passed yesterday when I dialed his phone and it was not in service. I'm sorry for your loss. I loved him since I met him when I was 6. Take care! Van was an excellent caregiver to me and my little brother Kyle Hensgen (also passed 12/2/2013 by his own hand). He was very good to his mother Bernice until she passed as well. Love to from Texas. Texas.
Comment Share
Share via:
MJ

Posted Jun 14, 2021 at 09:28pm
Van was ALWAYS there for me. I love him and I miss him. He helped raise me as a child. He lifted me up as an adult. It saddens me to learn he passed. He was top notch in my book. Xoxoxoxo
Comment Share
Share via:
KB

Posted Jan 07, 2021 at 02:53pm
I worked with Everett for over 15 years. I was his secretary and friend. We shared many laughs . We continued our friendship after his retirement. He always gave me great advice and supported my decision. He was always protective of me and I loved him like a brother. He will be truly missed in my life.
Comment Share
Share via:
YF

Posted Jan 06, 2021 at 05:10pm
Sending love support and prayers to the Everett Johnson family during this time of grief. Respectfully, family of Barbara J. Washington 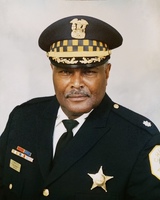 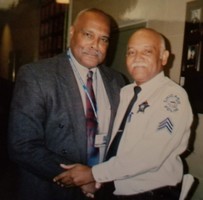